Roberto Fiore welcomes the appeal launched by Meloni. Forza Nuova will be in Piazza Montecitorio

The appeal launched by Giorgia Meloni to all Italians, to be in the square in Montecitorio on the day of the vote in Parliament in the yellow-red government led by the people’s lawyer Giuseppe Conte, was welcomed by Forza Nuova who announced its presence in the square in Montecitorio, as shown by this note, released to the press, signed by the national secretary Roberto Fiore.
Note that we publish in full. The political face of the country changes: the mess between M5S and PD, in addition to looming even as a coalition at the regional level, splits the center-right in a supranational way in favor of a pro-European center. In short, this is the thought of Roberto Fiore.

Referee of the match in the center right according to the Forza Nuova leader, once again Silvio Berlusconi: “This new government distorts the political order. Not only populism, defeated, but also the entire center-right, Lega in the first place, comes out twisted. The words of Berlusconi, a key man and a liaison with the strong powers, are clear: no to the sovereignty of Merkel’s Europs “.
Fiore and his movement, which has always held the square in his DNA, calls his followers to the battle: “This mess is a declaration of war against the Italians. In these hours many invite the Italians to mobilize on the day of the vote in Parliament. Forza Nuova will be in the streets with all those who find this coup of the yellow-red government unacceptable and will be in the streets to defend the integrity and freedoms of the Italians “. 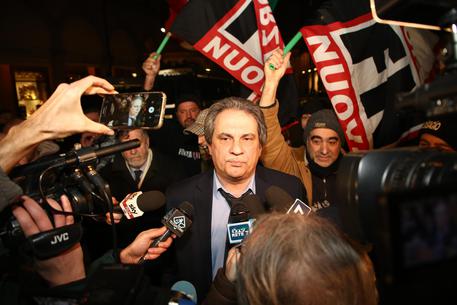 Italy facing its OWN Catalonia: Referendums in Lombardy and Venice could TOPPLE EU